Base color, white screened on a black dipped Conroy.

Picked up this pretty beat Mike Conroy from a guy in Austria.

Added some Bondo to repair the nose, tail and filled in the drill holes for the rails.

Laying down the first base color white. 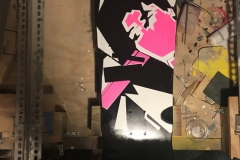 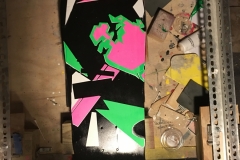 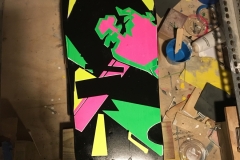 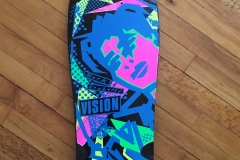 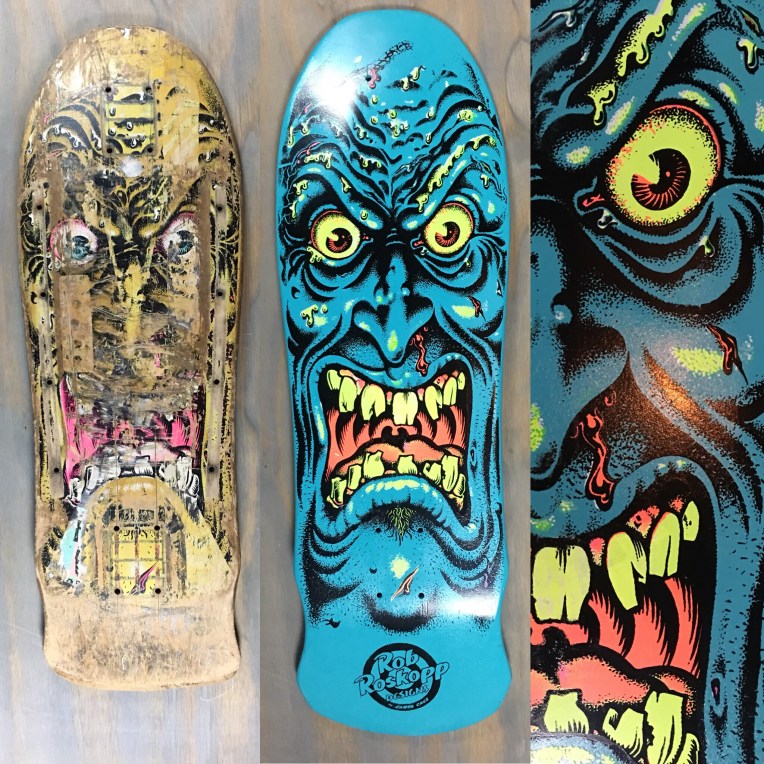 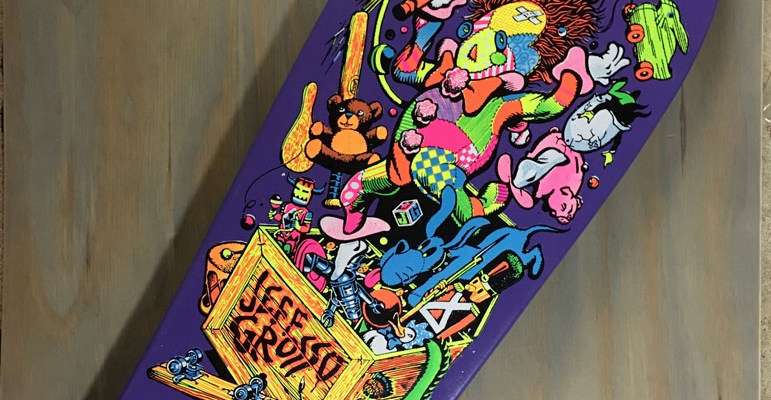 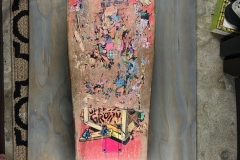 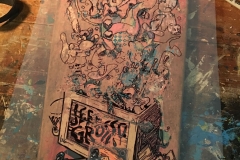 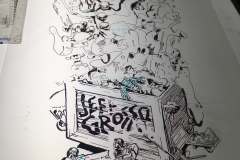 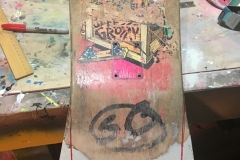 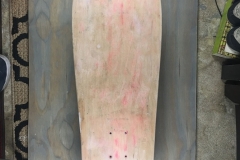 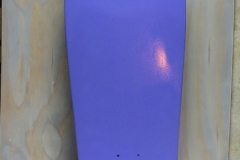 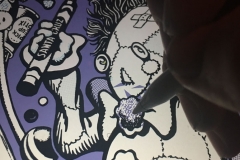 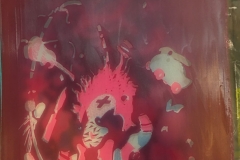 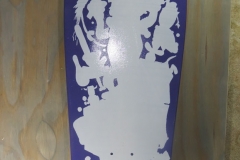 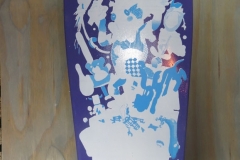 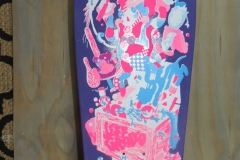 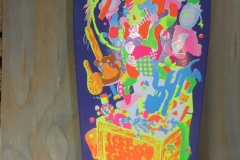 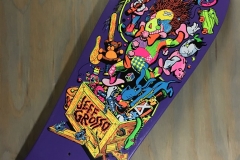 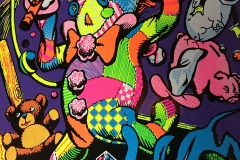 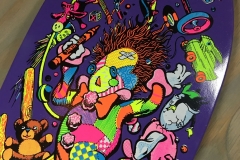 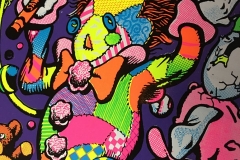 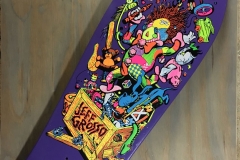